Think of perfumes, colognes and spritzes you have accumulated over the years. It’s likely you have one or two for every occasion; a nice refreshing scent for a day at work and perhaps a multi-layered muskier tone for an evening out.

For many, scents become signatures and evoke recollections of memories. Scents and smells can tell powerful stories, and that’s the narrative behind Thailand’s very own perfume boutique, Journal.

We sat down with Journal Boutique’s founder Jakchalat “Porsche” Keschamras to talk about the stories behind the signature scents, creating a Thai inspired global product and more.

“Everything started when I was studying in New York. Many of my international classmates often returned after the holidays and brought back various souvenirs or local trinkets that were recognizable, premium products,” says Porsche. “My classmates spoke of their souvenirs with pride, and I was thinking to myself that I also wanted to show off a souvenir from home that I could be proud of. I felt like Thailand should also have premium local products, so that’s where it began.”

Porsche came back to Bangkok and came across his now co-founder who was a perfumer, and wanted to grow the business and operations, to essentially turn it into a brand. From then on, the co-founders launched Journal with the aspiration of building a Thai brand with global standards. Porsche’s experience from working at a creative agency in Bangkok reflected in Journal’s branding decisions, and he assumed the role of a very creative, hands on founder from the get go.

“There are so many intricacies within Thai culture and history, but a lot of our products don’t end up in the global stage due to many things,” says Porsche. “My mission was to change that.”

Journal launched in 2017 with its first boutique in One Nimman, Chiangmai.

“That ended up being the perfect starting place for us. Asian tourists regularly visited the complex, and soon it became word of mouth. Tourists from South Korea and China walked into our shop with their chosen scents already in mind,” says Porsche.

The decision to gain exposure in Chiang Mai as opposed to the capital city paid off. “We knew we couldn’t afford to compete with well established brands in a Bangkok department store, especially with high rent.”

Journal also opened a branch in Siam Square One, right in the heart of the capital city.

Journal’s concept is grounded in Thainess, memories and legacy. Every scent and bottle unpacks a story or a memory connected to things that Thai people can relate to, which acts as a unique selling point for international customers.

Apart from the signature The Legacy scent, a unisex fragrance that’s found a loyal following with both Thai and international customers, Journal also sells more eccentric stories with Mango and Sticky Rice, Mae Nak and Kumarn scents. The mango and sticky rice is reminiscent of childhood and summers spent eating the delectable dessert with family, and it smells exactly like the dish would but in a surprisingly refreshing way.

Journal’s Rituals of the Legacy scent is one of the brand’s limited edition fragrance with only 699 bottles made. This concept is unique in itself and speaks volumes of Journal’s inherent Thainess and core values of tying together memorable aspects of Thailand to create a signature scent. Rituals of the Legacy is a take on The Legacy scent with some additions that is aimed towards superstitious people; using holy water from 9 temples across 6 regions in Thailand.

“I had to travel across the nine temples and ask for permission,” says Porsche, “we used ground holy gold lead and added it into the fragrance, with optional engraving.”

There are also other unique scents, namely Mae Nak and Kumarn which have slightly darker undertones and both are often linked to Thai ghost stories, which some Thais may be uncomfortable with at first.

The objective was to make ghost stories, which are so inherently linked to Thainess, not scary.

“If we unpack the story of Mae Nark, it’s ultimately a love story where a woman devotes her life waiting for her husband to return home from war. From this concept, we created a scent with roses, creating floral and spicy undertones to suit the story,” says Porsche.

“For Kuman, we saw an element of playfulness within and mixed scents of sala flavored syrup and incense sticks.”

Every bottle has the key ingredient of coconut oil, with a combination of essential oils such as Agarwood and Saffron as bases.

Journal’s process of creating long lasting perfumes is uniquely theirs, blending and mixing together Thai ingredients and herbs to craft each story.

Going forward, Journal plans to introduce scents that are conceptually accessible for both Thais and international buyers.

The process of conceptualizing and then designing a scent is very intricate and oftentimes, personal work. Porsche usually leads his team in coming up with a series of inspirations, then narrowing it down to specific places or memories, and then the process of creating the top layer of smell follows.

“It’s all about telling the stories that your customers will relate to,” he says.

“A lot of times, local brands don’t make it to the global stage because they don’t focus on growing the business or they simply want to only succeed in Thailand,” says Porsche.

For him, Journal had to be the kind of brand that attracted international attention. The aspiration behind the carefully crafted products, operations and brand was to be able to compete on the global stage alongside the likes of Western perfumes.

This global mindset is also reflected in pricing. Journal’s products are priced alongside the entry bottles of the likes of popular western brands. This automatically means that Journal placed itself within a specific target group of those who browse and buy perfume at duty free shops or abroad. Meanwhile, it also means that those who buy Jo Malone or Byredo can afford to buy a bottle without much thought.

“I got my first taste of international recognition at a trade show in France,” says Porsche. “People passed by our stall and caught a whiff of our signature scent, then soon enough, small crowds formed and people became interested in our storytelling.”

If he were to give one piece of advice to young business owners, it’s that they have to learn business. This is the missing gap between growing locally and going regional or beyond, “immerse yourself in everything from operations to marketing and product building,” he says.

“Journal’s biggest customer base is international,” says Porsche. He mainly focused on building and growing an international client base, and one time when discussing local sales strategy, he actually turned to a friend and said, “there’s never going to be a time where people stop traveling and flying.”

That was half a year before Covid-19 hit and all global travel froze in place.

“It’s been very challenging,” says Porsche, “there’s been no tourists and perfumes are difficult to buy online because a lot of first time shoppers would want to smell the scents in person.”

The solution? A lot of ads and social media campaigns to boost domestic sales.

This quick pivot makes sense, there is a heightened sense of brand awareness and a realistic approach to knowing your core value proposition.

“If after the pandemic is over, we see more Thai customers then great, but our brand has always appealed to a broad international audience.”

If we were to talk broadly about the digital disruption and what effect that has on Journal, it’s interesting to see that perfume remains one of those traditional goods that perform better offline. Scents and smells are highly personal, particularly if you’ve never experienced it before.

Porsche may have figured out a niche for online sales, though.

Influencer marketing is effective for Journal, but only when used in the right way. This was a process of elimination, essentially, seeing what works and what doesn’t. For example, Instagram influencers with hundreds of thousands of followers may not generate the level of return you initially hoped for.

It’s a matter of putting the brand together with the right kind of audience.

“We are selective of the people we choose to advertise our products. Sometimes, the person may have hundreds of thousands of followers, but it doesn’t generate a high ROI simply because the value proposition of the product isn’t communicated, or their followers are not our target consumers,” says Porsche.

In this sense, it is better for Journal to understand what works for them, and reach communities with genuine interest and passion about their products.

“It’s more worthwhile for us to seek out people who can really communicate the characteristics of our products, which then leads to interest in our brand. For example, some Twitter reviews are very effective in describing the scents in their own words. That works for us,” says Porsche.

“My focus now is to target local customers and become better known in Thailand. We need to maintain traction until the world reopens and tourists can fly here again,” says Porsche.

Journal’s journey is just getting started, with plans in the pipeline to develop more signature scents, tying in Thailand’s most eclectic landmarks with memories as well with the continuation of different products, such as diffusers and body oils.

For Porsche, he’s eagerly waiting for travel to resume so he can not only travel the world, but also for travelers to become reacquainted with Journal again.

Head over to @journalboutiqueth to request a scented brochure sample, or visit the Journal store at Siam Square One, or simply check out their website 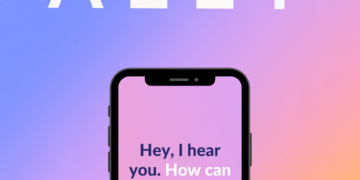 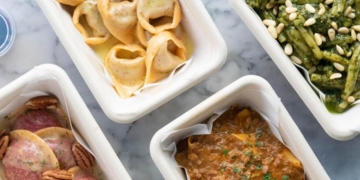 Pasta Spots for Every Mood & Occasion 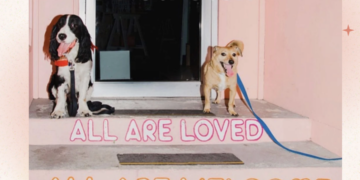