Back in August in the middle of Bangkok’s semi lockdown and in dining closure, we sat down with James Au, the founder of American Chinese food restaurant Lucky Panda whilst he was opening up a second location of the chain.

Three months on, we caught up with James about the post lockdown recovery, and all about his latest venture; Wing Force buffalo wings to fill a missing gap in Thailand’s wings landscape. 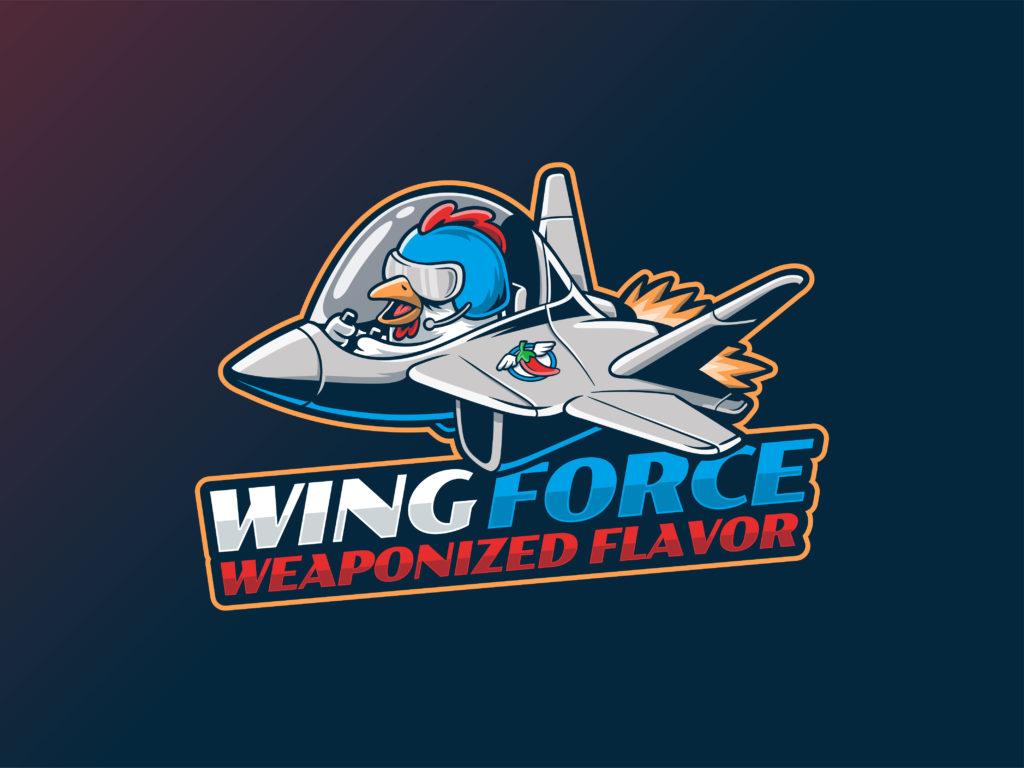 “I’m a huge chicken wings fan ,” says James. “And whilst Bangkok has a wide range of chicken restaurants and good spots, I’ve really been missing the kind of buffalo wings I used to have back home in America.”

So from that personal craving, Wing Force was born and now available across delivery platforms such as Grab, Line Man and FoodPanda. Currently, the restaurant is operating out of a cloud kitchen format, using the kitchen space of Lucky Panda to make and send out the wings to customers.

“A lot has happened in three months, mainly the launch of Lucky Panda’s third location and the launch of Wing Force across our kitchens,” says James.

Since reopening, James has seen some predictable downturn in delivery demand.

“People are ordering less online because they want to go out.  A lot of tourists and foreigners have yet to return either,” says James. “It’s a bit of a balancing act right now, but I am confident that things will return to normal, I just don’t know when.”

James’ experience over the past few months is likely reflective of the F&B industry at large. From staffing issues to supply chain, to tighter spending among consumers-all business owners are in survival mode until things reopen fully.

“Most places are in survival mode until things normalize,” says James. “The lucky ones are those who can adapt and grow during these times.”

“When I opened the first Lucky Panda location, I had no experience and didn’t know anyone. I didn’t speak the language and in hindsight, it was extremely foolish,” says James.

“I’ve been lucky with how well the business took off, but this time-I have the infrastructure and the suppliers, the system is in place.”

The birth of Wing Force came together from James’ personal affinity for authentic American buffalo wings and him noticing a clear gap in the market.

“Thais really love chicken,” says James. “There’s no shortage of fried chicken here, from Korean BBQ wings to fast food joints and even local Thai recipes. However, I haven’t come across the kind of authentic wings from back home.”

James noticed that most western restaurants here in Bangkok serve buffalo wings as appetizers, but he wanted more options as well as a more well rounded flavor.

“The industry standard wings in the US are Franks Red Hot and Butter,” says James, “but there’s also other flavors with slightly more depth. We have tried and tested a range of flavors in house, developing our own sauces and recipes.”

The Details Within The Wings

Currently, James’ kitchen team fries the chicken and lathers and sauces right in Lucky Panda’s kitchens and sends them out to delivery partners. 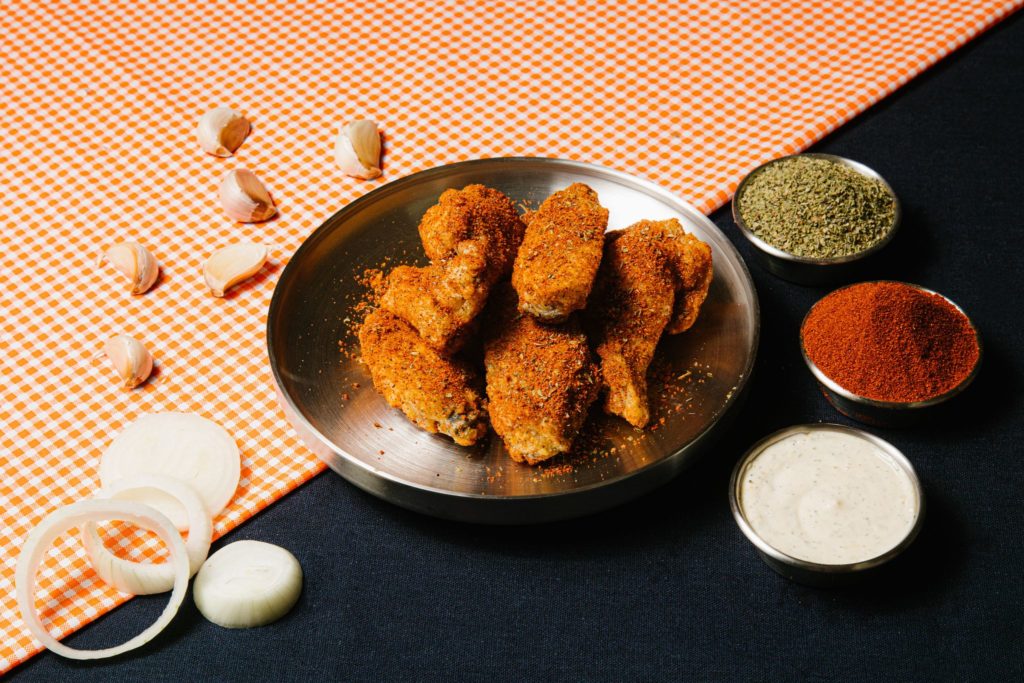 “We have a not so secret menu for customers at Lucky Panda though,” he says. “Customers can also request a Wing Force menu and order it for dine in.”

The easy and accessible chicken menu is ideal for a blend of dine in and delivery. If you think about it though, wings go best with beer-so customers can head to Lucky Panda locations and request the menu by saying “don’t be a chicken”.

Because the customer base of those who like American Chinese dishes and buffalo wings can likely cross over, James hasn’t had to reintroduce the concept and push out big marketing campaigns.

“We haven’t overly promoted Wing Force,” he says. “But what we are doing now is slipping in the menu with our Lucky Panda deliveries across Bangkok.”

Wing Force caters first to expats and westernized Thais, as they are already familiar with the concept. However, the brand also added some localized items that should appeal to the Thai market.

“We’re tapping into the spicy eaters and those who like really hot sauce,” says James. “We’ll be pushing out some fun marketing campaigns around this in the near future.”

For now, customers can choose their spiciness level, from mild to atomic reaper level. There are also some fun dining challenges, such as to finish 12 atomic reaper wings in order to win 2 free beers.

“To optimize for delivery, we also package the fried chicken and sauce separately so it won’t get soggy when it arrives at your door,” says James.

Prior to the pandemic, Thailand’s fried-chicken market was valued at about 20 billion baht with an annual average growth of 8%. This can only suggest that Thais really do enjoy the fast food dish. We talk to James about competing in the diverse market, with the likes of Bonchon and fast food eateries already taking up market share.

“I don’t necessarily think of these eateries as competitors,” says James. “Bangkok is diverse enough to have various players within the same food group.”

“Our edge is within our authenticity and we offer a Western concept, as opposed to the more Asian takes on chicken. Instead of rice and pickled daikons, we serve fries, celery and carrots.”

Korean wings are typically crunchy, and use either soy or chili paste based sauces. Wing Force’s buffalo sauces are based on the Red Hot Franks sauce, imported from the US.

“We’re not committing to anything too long term at the moment,” says James. “It’s going to depend a lot on how Thailand reopens, how many tourists and expats we see return and how the Covid-19 management goes.”

James’ focus will be on continuing to operate Lucky Panda across three locations, along with delivery services. Wing Force will also be a blend of offline and delivery, with a potential opportunity to open up a smaller location for chicken wings and drinks in the future. 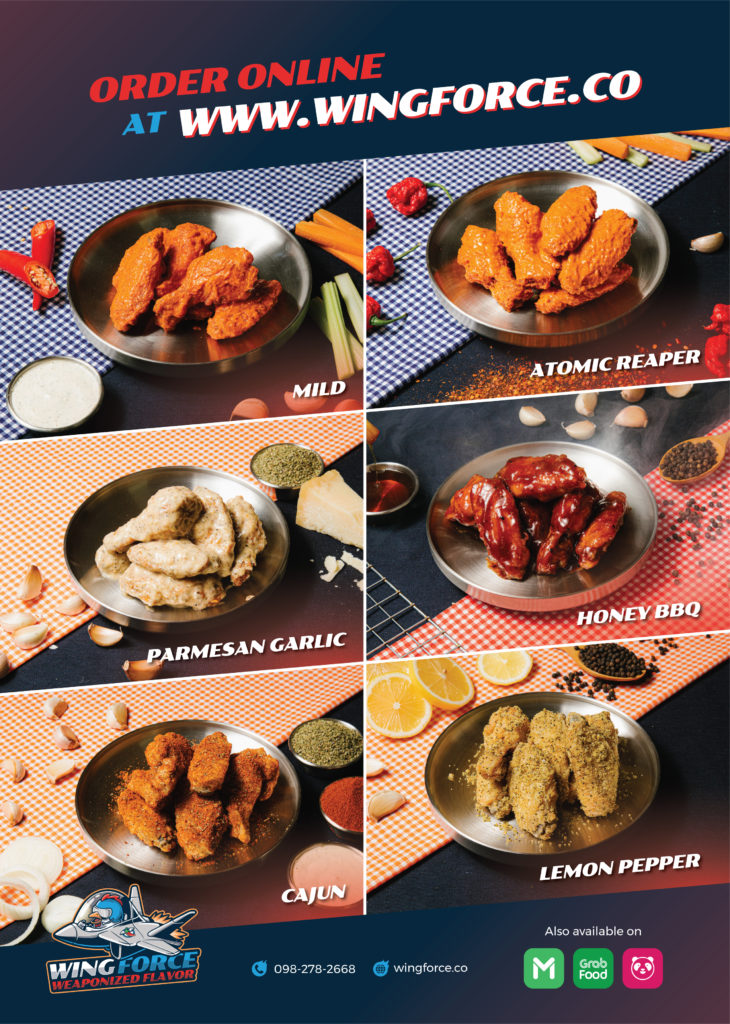 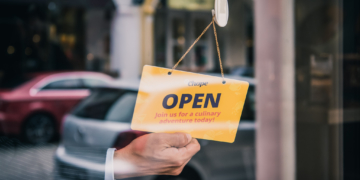 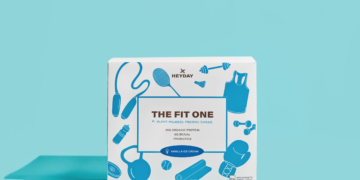 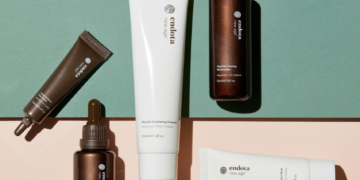