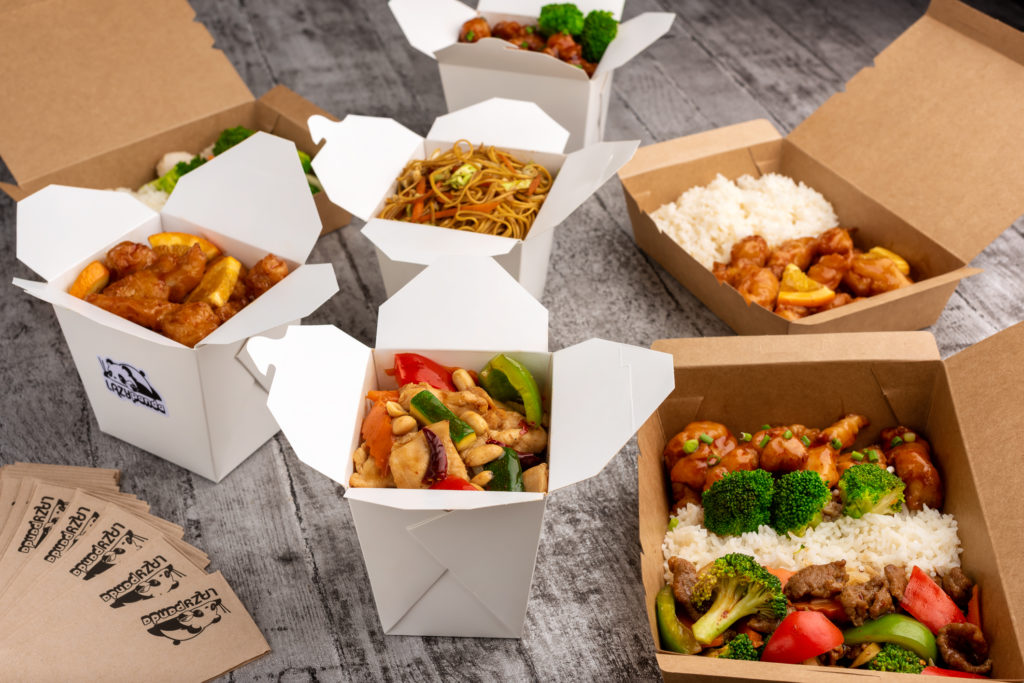 For people who studied in the United States, consumed a lot of US sitcoms or just have exposure to US pop culture in general, seeing friends and families gather around the table with cartons of sweet and sour chicken or beef lo mein is a common sight.

Is it us, or does takeaway taste better in a carton, preferably left overnight?  Americanized Chinese food has remained a generational staple with its own cultural nuances. In Asian countries, we don’t see a lot of them around-until now.

We sat down with James Au, founder of Bangkok based Lucky Panda to talk about the expansion of his restaurants, to the challenges of setting up a business in Thailand. “The business started purely by chance,” says James, “but my goal was to bring authentic, American Chinese food to Thailand.”

The “By Chance” Backstory

James grew up in Minneapolis, Minnesota to immigrant parents who owned a Chinese restaurant chain Ah Sa Wan, with eight locations across the city. His parents ran the business for thirty years before selling it to family members.

After graduation, James pursued a career in real estate, where he spent years building a business of flipping houses; purchasing distressed homes and renovating to sell or rent. “I traveled to Bangkok in 2017, just as a tourist to sightsee and spend some time here,” he says, “then completely by chance, I met someone who offered me a job in gaming and I took it.”

A three months vacation turned into one year, and that’s when James realized there was potential in starting an American Chinese restaurant.  “There’s virtually every type of cuisine you can find here, apart from the kind of food my parents sold back home in the States,” says James. “By that point, my mom was retired and she enjoys staying busy and active, so I asked her if she wanted to move to Bangkok and start the business with me.” That’s essentially how Lucky Panda (formerly Lazy Panda), came to be.

The business launched in 2019 in Sukhumvit 31. Now, James is in the middle of launching another location right by the BTS at Summer Point in Phra Khanong, with his eyes on a third location in Bangna to capture an untapped expat customer base and local families.

“My market research was essentially publishing a post on Reddit to see if people would be interested in the idea,” he says, “it got a lot of upvotes and interest, but there were also a lot of comments that were like this will never work, there’s so many authentic food options around.”

The first initial target group for Lucky Panda would ultimately be expats, considering the familiarity and exposure to Americanized Chinese cuisine. 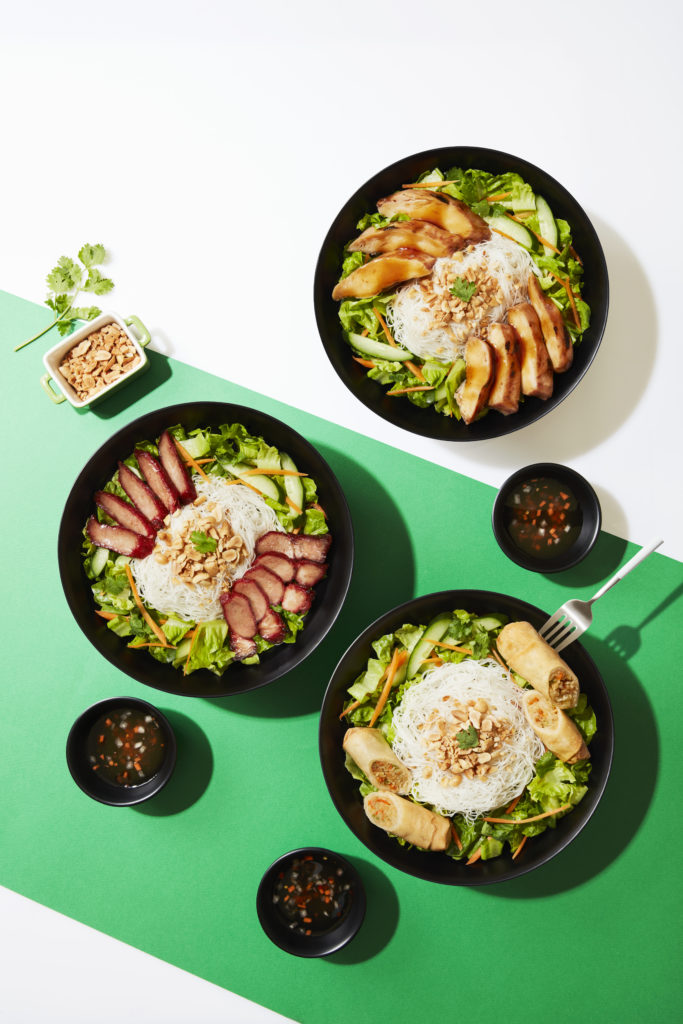 “I wanted to capture the Chinese delivery concept from the US, and the rising popularity of delivery platforms such as Grab and FoodPanda was the perfect opportunity to test the demand,” says James.

Unsurprisingly, Lucky Panda saw the most traction with expat customers and to an extent, westernized Thais but now that the pandemic has shifted the landscape and some foreigners have left, it’s time for Lucky Panda to dive deeper into the local market.

“For a lot of Thai people, our price point and portion size is likely an unfamiliar concept,” says James. “If you’re not familiar with Americanized Chinese food, then a plate of rice and stir fry chicken for 200 baht will be seen as expensive.” Some cultural differences also come into play in this aspect.  “Our portions are quite large, because in the US, it’s common for people to store leftovers in the fridge and reheat it the next day,” says James. “In Thailand, it’s likely that won’t happen with our takeaway.”

This is a classic example of maintaining your brand values whilst adapting to different cultural norms. Now, James is thinking of ways to localize the dishes on Lucky Panda, and is planning to offer smaller portion sizes.

Lucky Panda is currently on various delivery platforms, and customers can also order directly from their website, as well as in-store takeaway.

James cites FoodPanda as initially being the most popular platform for Lucky Panda, unsurprisingly as most non-Thais use the platform due to it being in English with foreigner friendly features. 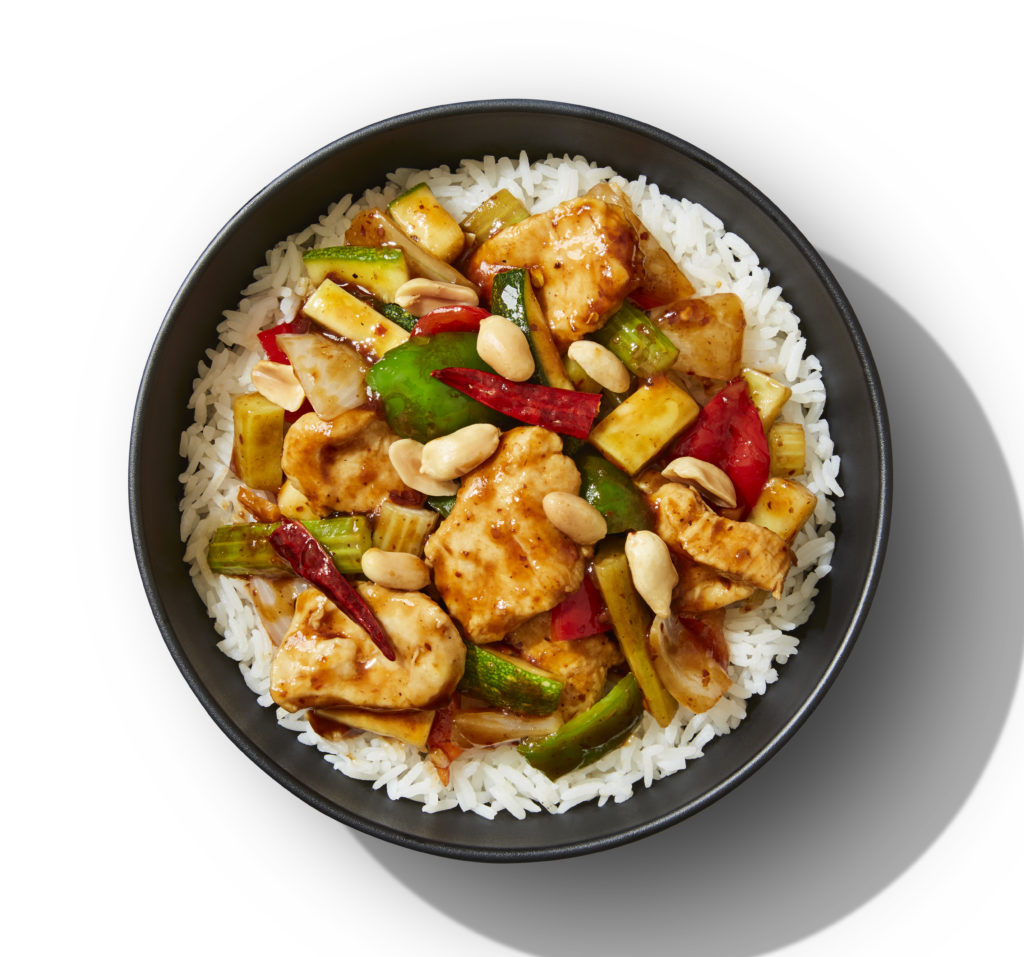 We addressed the elephant in the room and asked about the platform’s recent scandal and whether that has impacted orders.

“FoodPanda definitely took a hit with that, but our customers there are mainly foreigners,” says James. “Now though, more people are finding us on Grab as well, so it’s not all dependent on FoodPanda.”

When the business first launched in 2019, FoodPanda was the dominant platform with 70% of orders coming from there, followed by roughly 20% from Grab and the rest from either LineMan or directly from the restaurant’s website.

“It’s a bit more difficult to estimate now, but since Covid-19 hit, a lot of foreigners I know who were customers have left Thailand, our customer base has shifted slightly.”  Grab is definitely eating up market share in the food delivery market. Regardless of that, James also wants to drive traffic to the direct website and boost in store sales. Afterall, it would save restaurant owners a hefty GP fee during tough times. 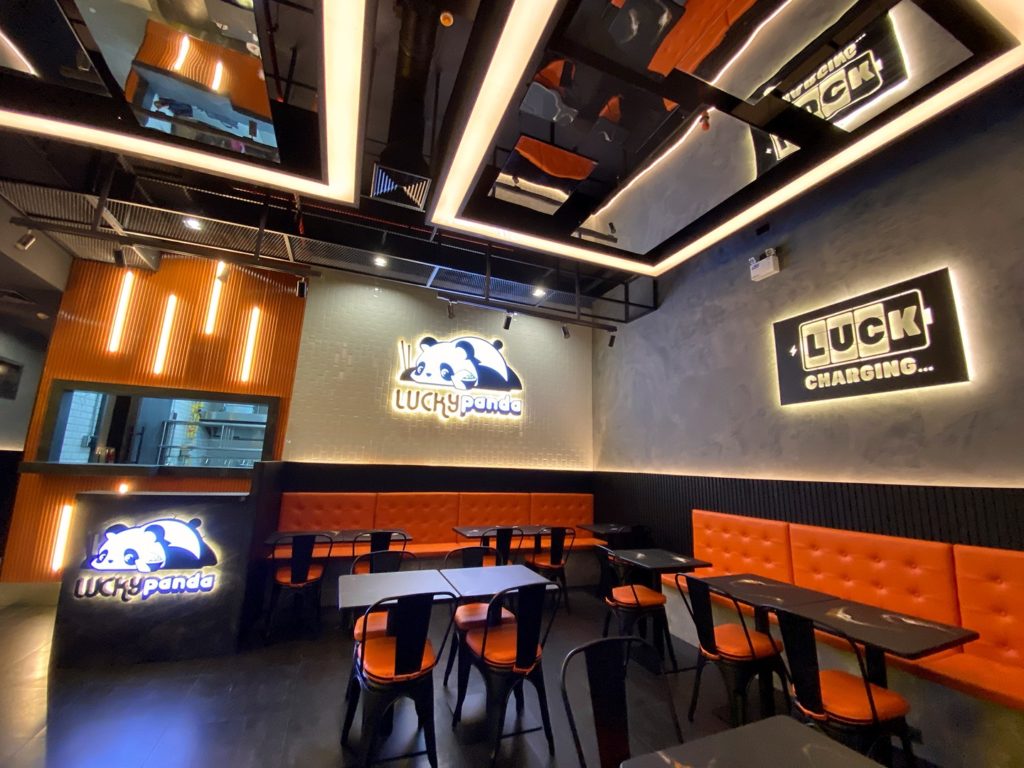 “Interestingly enough, I’ve never had problems with managing Thai staff,” says James. “I heard a lot of people warn me about how difficult it would be to find and keep employees in Thailand, but I’ve been lucky.” James’ approach to hiring may be slightly different than a lot of restaurant owners.

“I actually prefer cooking staff with no experience, and then I can train them from the ground up,” he says. “If they’ve cooked, say, Thai food before, it may influence the way our westernized Asian dishes are prepared.”

Whilst there hasn’t been challenges with managing staff, even during the pandemic, James has faced several frustrating roadblocks with local suppliers.

“It’s like I have to beg to buy from them,” says James. “I’ve never experienced anything like it. But several suppliers I work with are not willing to accomodate with my orders or even find new supplies. I order and spend a considerably high amount weekly as well.” Suppliers aside, Lucky Panda’s business has been relatively unaffected by the pandemic.

Perhaps this is why James is opening up a second location right in the middle of lockdown in Phrakanong.  “I thrive in more stressful and challenging environments, so this should actually be a good time to plan the expansion.”

What the future holds for Lucky Panda

So, what’s next for Lucky Panda? Some new seasonal menus and more localized portions aside, James will also be looking to expand the business to other expat centric cities in Thailand, such as Pattaya and Phuket.

“Ultimately, I don’t view other Chinese American restaurants in Bangkok to be our competitors, but I do look up to brands like Bonchon Fried Chicken and Coco Ichibanya, because of the scale and also how they managed to localize foreign food for the mass market,” says James.

“That’s the goal for Lucky Panda.” As to his views on shifting food trends after the pandemic is over?

“I think delivery will always have its place in the diverse dining landscape, but people will be looking forward to eating out again. Food just tastes a lot better when you’re sitting in a restaurant.”

These days, restaurants have to prioritize omnichannel first, and adapt to fast changing consumer behaviors.

Your top 3 must order dishes from Lucky Panda

Your go to delivery spot (beyond your own restaurant) during lockdown 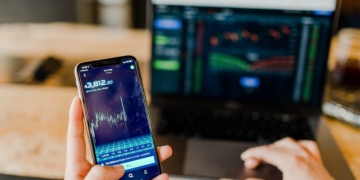 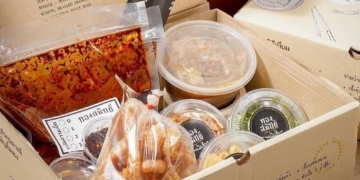 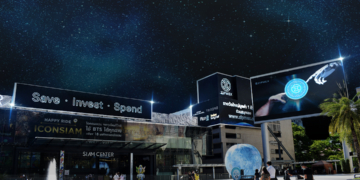