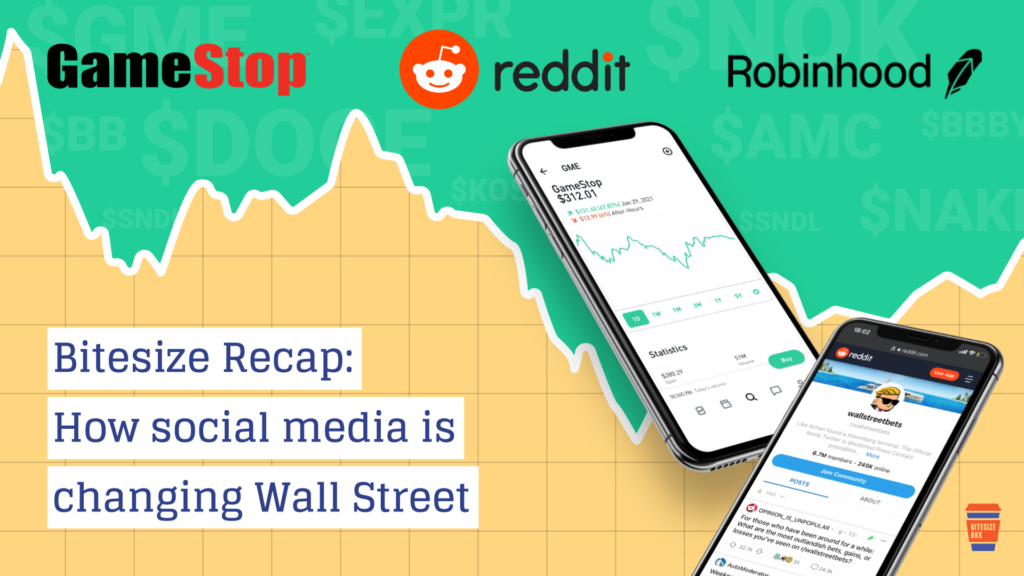 US based trading app Robinhood is reportedly planning a confidential IPO filing this month, the company has been holding discussions with underwriters about moving forward within weeks. The unsurprising news comes amid a rise in popularity following the surge in meme stocks, facilitated by an online forum and a movement against hedge funds. Sounds confusing? Let us take you back to the beginning.

We know the Robinhood/Gamestop buzz arrived about a month ago, but it’s not going anywhere and is only getting more mainstream attention. So, it’s never to too late to fully track the basics amid pending IPO news.

Robinhood was valued at US$11.7 billion in a funding round last year and raised financing this year that will convert to equity in an IPO. A first tranche will convert at a US$30 billion valuation or a 30% discount to the IPO (whichever is lower), with the second tranche at the lower of the 30% IPO discount.

The platform has approximately 13 million users. Quick note: Thais are unable to create an account and trade on Robinhood because it requires a bank account and social security number specific to Americans.

The road to an IPO won’t be too easy though. Since the rise of social media fueled stock surges, Robinhood has found itself in a cash crunch, a series of regulatory questionings and controversy.

Basically, Robinhood had to draw down its credit lines and raise US$3.4 billion from its backers to post more collateral with the Depository Trust & Clearing Corp., the industry’s clearinghouse. The DTC itself wanted members to post more cash in order to ensure they can clear trades; given the wild swing in share prices from the likes of Gamestop.

Following that, Robinhood faced more controversy as it temporarily blocked trading activity on stocks such as Gamestop. It banned the purchasing of various meme stocks, from GME to AMC and NOK, which made it difficult for people to find those particular stocks and not did get rid of the option to sell security. This led to panic sellers being unable to re-open their positions. This action by Robinhood enraged the general public, which led to some class action lawsuits.

To put it simply; it could very well be perceived as market manipulation because the very basis of only being able to sell drives down market prices. Large institutions were not affected by the ban and were able to trade freely during that time.

In the regulatory filing, Robinhood disclosed that it is facing at least “46 putative class actions and three individual actions” over the trading restrictions. 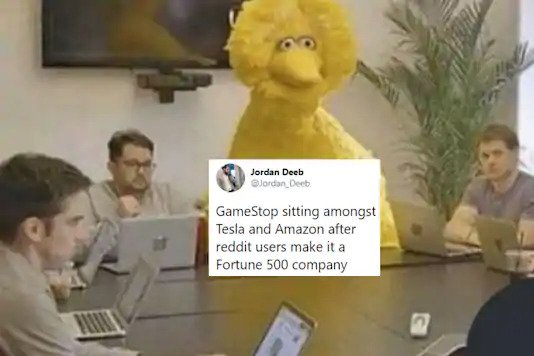 Meme stocks have become a buzzword in certain investing circles over recent years and the accompanying hype has resulted in significant shifts in valuations for some companies, whos earnings may not reflect the skyrocketing growth.

A meme stock is also driven by FOMO (fear of missing out).

Some of the common characteristics meme stocks share are they’re usually overpriced and experience spikes of rapid growth in short spaces of time.

A meme stock is basically born and bred on social media, think of the ironic images and captions that accompany them. Their rise is almost wholly due to the rise of commission free trading platforms (Robinhood) and online communities that discuss and can hype up stocks (Reddit, Discord, Twitter).

Most of the millennials are on Robinhood, but institutions such as Charles Schwab have also launched their own commission free trading platforms into the market. 0% commission fees open up stock trading to the mass, which shouldn’t be seen as a negative thing because it opens up paths for the everyman to diversify their income and learn about wealth creation.

Perhaps the picture looks a bit different when armies of online bloggers come at Wall Street with the new found power to disrupt.

Let’s point out this fact, initially penned by tech analysis and news blog The Information.

And is there really any difference between what’s going on now with GameStop and the similar craziness in Tesla shares? Tesla has a market capitalization of $822 billion and revenue last year of $31 billion.

This is true. If so, then why has Tesla not been subjected to the regulatory scrutiny that Gamestop itself or any other Meme stock may be? 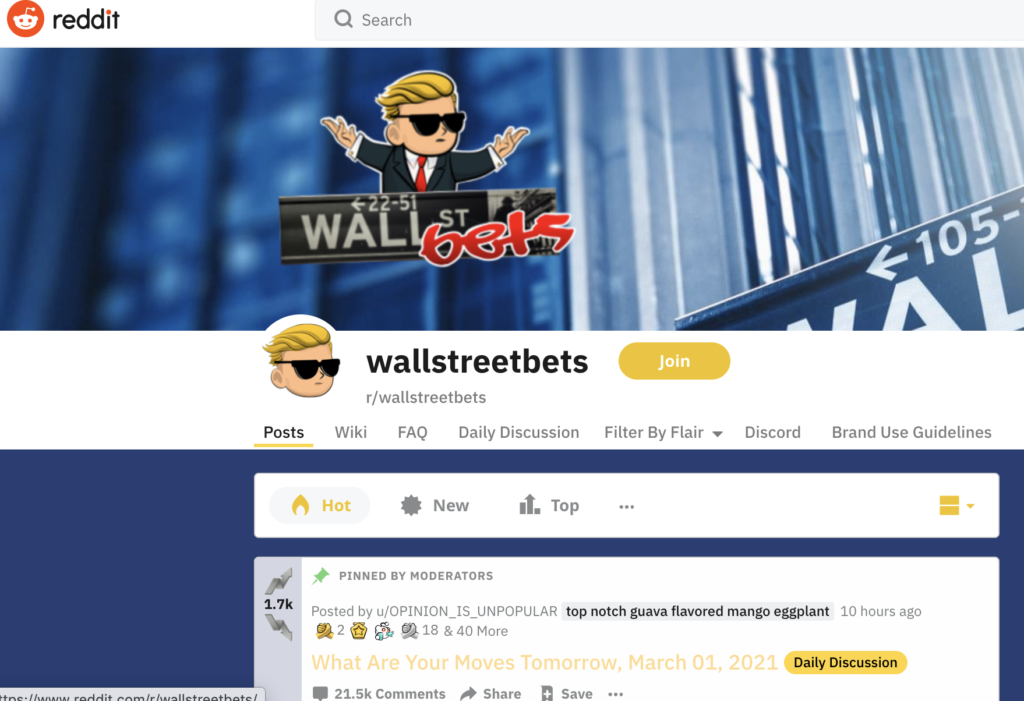 Reddit, an online forum for conversations and debates about anything and everything in the world, home to 52 million active daily users and founded back in 2005-is also home to a thread called WallStreetBets.

The thread is a longstanding subreddit channel where over 3.5 million Reddit users discuss highly speculative trading ideas and strategies. Only this year, has it gone pretty much mainstream with GameStop.

“Wallstreetbets exposed a gap between financial insiders and outsiders,” said Reddit CEO Steve Huffman. “In WallStreetBets you see a community, among many things, that is breaking in or trying to break through into that establishment.”

Huffman made this argument on the latest episode of Axios on HBO.

It all started with Keith Gill, a financial analyst and investor who published lengthy threads (both fundamental and technical analysis) about how video game and gaming merchandise retailer Gamestop is undervalued.

From pouring over the company’s quarterly reports, GameStop was sitting on a lot of cash and should be able to recover if management was better.

Gill is expected to appear before Massachusetts regulators later this week.

Users on WallStreetBets doubled down on research and found that 84% of GME stocks was held as in short positions. Multiple hedge funds were colluding in selling off the stock, and publicly stating that the share price was going down.

This was when the short squeeze came into play.

The plan involved reddit users (2.4 million subscribed at the time) to keep on buying the stock and in turn, cause the hedge funds lose more money so they race to close out their positions at higher and higher prices per share.

As the stock prices began to rise, more and more people wanted to get in on the game. It was then, that the Redditors realized some hedge funds could actually go bankrupt.

The incredible rally of Gamestop went from under US$20 at the turn of the year to over $490 per share by January 26.

The bottom line? There were no risks for the Redditors, spurred by contempt for Hedge Funds and institutions. However, the risk was much higher for the institutions; because the risk has been compounded by them short selling the stock on leverage.

Here’s how crazy it was.

GameStop’s market value to increase to over US$24 billion from US$2 billion in just a matter of days. Its shares have risen over 1,700% since December. Between a Tuesday and Wednesday in mid January, the market value rose over US$10 billion.

Then, it started to fall back down to earth. 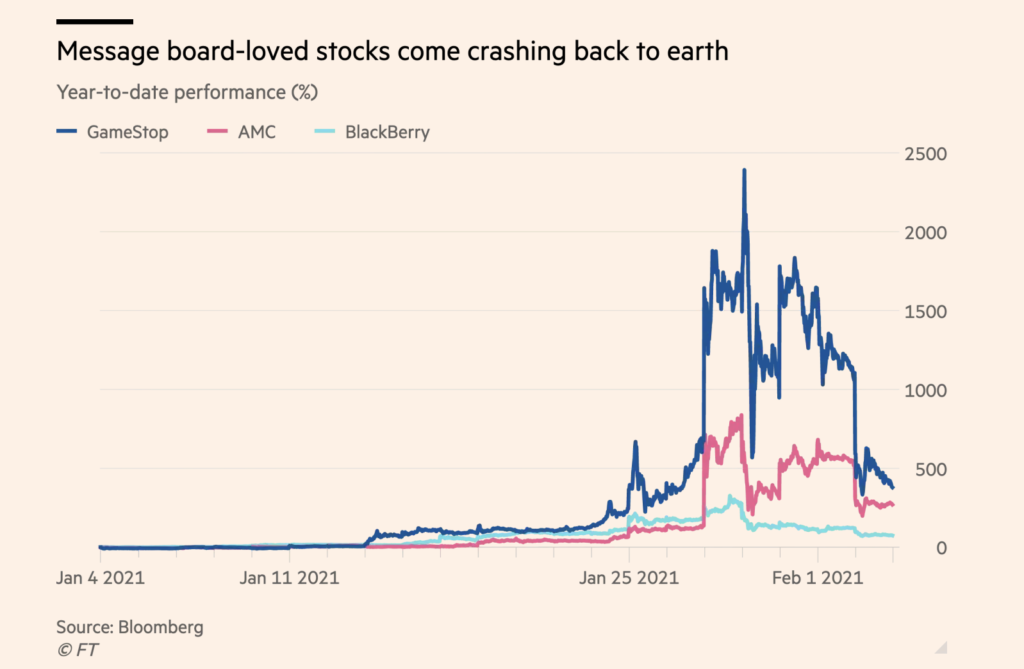 Just last week, GME surged once again-rallying by over 100%. As of today, the stock is worth US$120.40 per share, up by +18.55 for no apparent reason other than eager Reddit investors. Its current market cap is US$8.4 billion. A long way down from its high, but still quite a bit upwards from the US$2 billion low.

The Reddit rebellion may have fizzled out slightly, but some institutions think there is long term value in social media chatter that can influence stock performances. Enter VanEck, a New York based investment firm that is bullish on tracking social media chatter will be launching a social sentiment ETF.

If this does not validate the rising role of social media within investments, not much else will be.

Based on the SEC filing, the VanEck ETF will track the Sentiment Leaders Index.

“The Sentiment Leaders Index provider relies heavily on social media analytics, which are relatively new and untested. “Social media” is an umbrella term that encompasses various activities that integrate technology, social interaction and content creation. Investing in companies based on social media analytics involves the potential risk of market manipulation because social media posts may be made with an intent to inflate, or otherwise manipulate, the public perception of a company stock or other investment.”

There is no guarantee that the Sentiment Leaders Index’s model will successfully reduce such risk.

The ETF concept is actually a reincarnation of a fund tracking the Buzz NextGen AI US Sentiment Leaders Index, which shut down in March 2019, per a Financial Times report. However, 2019 was perhaps slightly too early for its time.

A recently published research by US based cybersecurity company, PiiQ Media discovered that bots on major social media platforms have been hyping up GameStop and other “meme” stocks, which suggests that other forces beyond the platform hyped up Gamestop’s rally.

PiiQ Media’s analysis of Twitter, Facebook, Youtube etc. found that bots used the platforms to push GameStop and other “meme” stocks, although they were unable to determine how influential it was in the overall saga.

Based on its authenticity scoring system, PiiQ estimates there are tens of thousands of bot accounts hyping up different meme stocks.

There you have it.

The hype is also real with this one. The correlation between Elon Musk and his twitter posts about bitcoin/dogecoin prices are very valid. 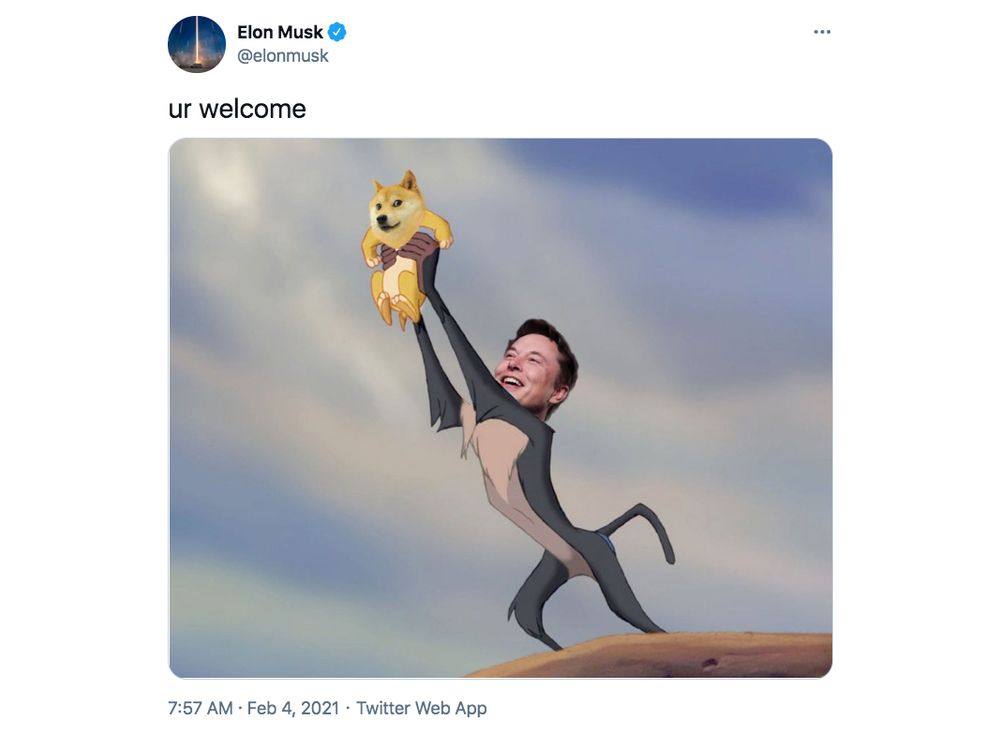 “Dogecoin is headed in whatever direction Elon Musk wants it to head in,” said Glen Goodman, author of The Crypto Trader book. “Its current price rise is driven purely by Elon’s tweets.”

Memes are driving both the narrative and value at this point. Like crypto, memes were born on the internet and have journeyed from the fringes to the mainstream. In part, it is social media discourse that has sprung cryptocurrency out into the mainstream.

97 year old investment veteran and partner at Berkshire Hathaway, Charlie Munger also spoke out about Gamestop and Robinhood this week.

“It’s very dangerous and it’s really stupid to have a culture which encourages as much gambling in stocks by people who have the mindset of racetrack bettors. Of course that is going to cause trouble, as it did.”

“If you’re selling people gambling services where you make profits off the top like many of these new brokers who specialize in luring gamblers in, it’s a dirty way to make money and I think we’re crazy to allow it.”

The ongoing volatility in so-called meme stocks, including GameStop and AMC Entertainment Holdings continues to capture the public’s and regulators’ attention. This will also be the topic in the upcoming SEC hearing.

“Attention from the SEC seems to have moved away from looking to address payment for order flow and instead is now focusing on the way that social media can be used to hype stocks to create a sort of public pump and dump,” writes the analyst note from Beacon Advisors to their clients.

Amid a rapidly changing landscape for financial markets, investing and the fusion of technology along with progressive online communities, the SEC (and regulators all over the world) have their hands full. As regulations exist to serve the borders of financial markets, technology makes the lines blurry.

Our takeaway? it’s only just beginning. Gamestop may have kick started this phenomenon into the mass, but the very real question remains; will technology simply just outgrow the limits of regulation?

In this heightened world of the unknown, where much is a fusion of organic activity and social media manipulation and whatnot, it may be up to the players to make up their own rules of the game. This quote possibly sums it up best.

“This is the most fun I’ve ever had losing money,” u/AvalieV posted Friday night on Reddit. “See you next week.”