Where the world could be heading, according to BitesizeBKK 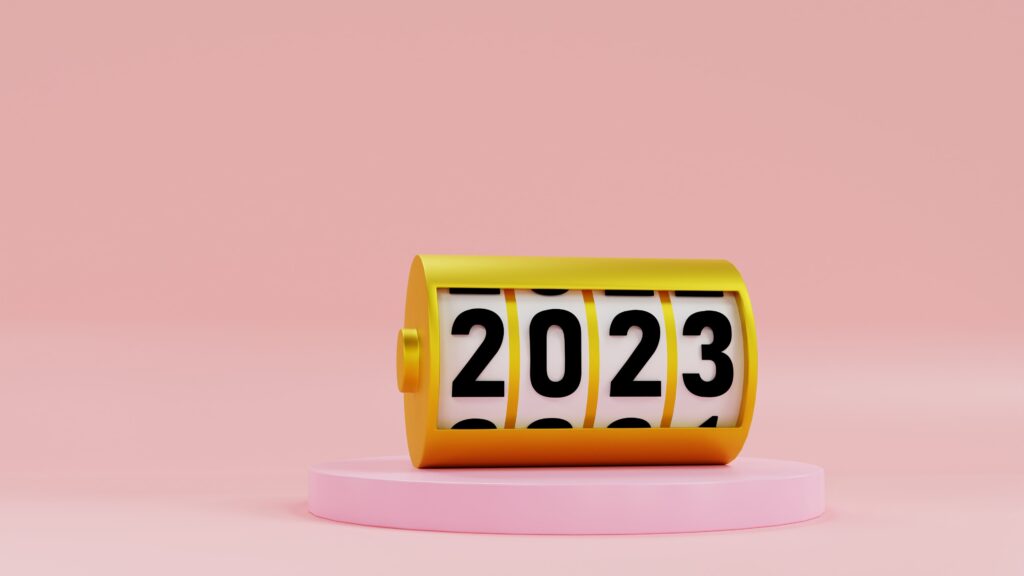 If 2022 taught us anything about the world and its current state of organized chaos, it’s that predictions are often hard to make. However, as we read and report on big themes and daily headlines to know, we hope to have some grasp on where the world might be heading in 2023.

Here, we take a look at the big themes that will likely shape the year, from inflation to cryptocurrency and the future of EVs. What could we have in store, after 2022 has set the stage for change?

Thailand: All about politics and cars

Aren’t we always just waiting for an election or a political event of some sort in this country? This is the year of the highly anticipated general election, set to be held in early May. Whilst there’s always an element of “will they, won’t they” with this government, it’s widely expected that the election will go ahead and that the majority of the country will elect Puer Thai, with some political pundits predicting a coalition with Palang Phracharath without Prayuth. Smaller parties have been scrambling for relevance, and teaming up despite a lack of shared fundamentals, in order to qualify for coalition requirements.

Meanwhile, 2023 should be the year of increased EV adoption in the country. In Q4 2022, we saw the entries of China’s BYD as well as Tesla officially selling its vehicles to Thai locals, competitively priced cars at THB 1.7 million to start.

It remains to be seen whether Thailand can reach its goal of 1.12 million zero-emission vehicles by 2030. Despite competitive new entries and a government push for wider consumption through tax incentives, it may be some time before we get there.

“EV Club”, a public Facebook group of EV owners and enthusiasts currently has 190,000 members, showing an increased interest in the country. Posts show that people are demanding hotel booking platforms such as Agoda and Booking to advertise EV charging availability for hotels, which is something businesses need to invest in starting now.

The active commentary also highlights a critical need for more EV charging stations across the country, from gas stations to community malls-particularly for longer drives. Some stations have only 1-2 charging spots, with reservations needing to be made online which creates a lot of friction.

If 2022 was mainly about inflation, then 2023 will see this continue, with mentions of recession for good measure. Hawkishness remains in the air, and the fed has yet to indicate they believe inflation is down. Broadly speaking, certain goods are seeing prices go down, gas prices are down and rents are backing off-but it’s still not good enough.

Although the fed increased interest rates by 50 basis points in their last meeting, Fed Chair Jerome Powell made it clear that this isn’t a pivot, which means rates could continue to be hiked (although at a slower pace), for some time to come.

Now, this means it’s likely for rate hikes to drive a major economy like the US into a recession, despite low levels of unemployment.

“While the US recession is likely to be mild, the eurozone will suffer a larger downturn due to the huge hit to its terms of trade caused by the Ukraine war,” said forecasters at Capital Economics.

If 2022 was the year of crypto bankruptcies and arrests, then 2023 is the year investors do less “spray and pray”, and turn to more conservative allocations with mature companies.

Coinbase and Binance may get stronger, and people will lose trust in smaller exchanges.

We’re guessing that meme coins, such as the shiba inu and doge coins will continue to shred their value. Remember when Dogecoin gained well in excess of 20,000% in a six-month stretch leading up to Elon Musk’s appearance on Saturday Night Live as the “Dogefather”? Both coins lost about 90% of their value since its peak, and we expect this trend to continue.

Companies in this space will have to reassess their value in 2023, and if possible, re-center and regroup as the industry will fizzle out to truly valuable stakeholders. We should expect to see more debates surrounding auditing and regulations.

China’s dramatic U-turn with its 0 Covid policy shocked the world, as well as border control, leading countries from the US to Italy to gear up on testing requirements. What does this mean though? Well, China will learn to live with Covid, and potentially surpass its 5% growth set for this year.

There are some risks though. During China’s reopening process, analysts expect a surge in infections, an increase in hospitalizations, a higher death toll and strain on public healthcare. There’s a risk that officials could modify policy stances.

Beyond covid, China has also approved a list of 44 imported video games for the first time in 18 months, including those that will be published in China by local online gaming giants Tencent and NetEase. This is fuelling hope that the government will be further easing the money-making sector.

China will also continue to make infrastructure investments (data centers, smart transportation, and roads for autonomous driving) and double down on electric vehicles investment and production.  According to Deloitte, various government stimulus packages have given way to higher adoption of New Energy Vehicles (NEVs) in China, This year, annual sales are expected to double to 5.6 million units.

It’s unlikely that Russia and Ukraine will reach any kind of agreement this year. Just yesterday, Russia launched a series of fresh attacks on Ukraine. President Zelenskiy delivered his first wartime new year address, with no end in sight to the war, more than 10 months since Russia invaded Ukraine on 24 February. The President also pledged a “return to normal life. To happy moments without curfew. To earthly joys without airstrike alerts.”

2022 taught us to be resilient and to really embrace and adapt to surprises. As the world tiptoes into 2023, we are at least just a little bit wiser than we were one year prior.